Krysten has been dancing for 20 years. Not only having studied tap, jazz, ballet, and musical theatre extensively in Queensland, she has also spent her spare time over the years developing her own style of hip hop and contemporary.  Krysten spent many years competing at national and international levels with some very high achievements, such as placing 3rd in the Showcase National Comp ‘Senior Dancer of the Year’ 2002 and Runner Up in USA National Dance Tournament ‘International Queen of Dance’ 2003. She was then accepted into the Drama Bachelor of Arts course at QUT in Brisbane, where she not only studied acting but also taught for some rather well renowned dance schools for 2 years, and realised that her true passion lay in teaching and choreography. This prompted her to take up teaching full time, and has been doing as much as she can ever since.

Whilst still studying, she also had the honour of performing with and working for Brisbane based Funk Tap (amongst many other things) group Raw Dance Company. Plus Krysten has been blessed to not only have benefitted from the mentorship of, but has also been called upon to assist in the teaching of choreography with former So You Think You Can Dance choreographer, Adam Williams. She is excited to be now teaching at dance schools around Melbourne  - including Albright Performers, and in her 10th year as a dance teacher, is still determined to keep learning and sharing all her knowledge and skills with her students.

Leanne began dancing with Carol Fairy and her mother, Evelyn Albright, at Albright Performers 35 years ago. She is trained in all the theatrical syllabuses and holds a C.S.T.D Teachers Certificate, Classical Intermediate certificate and was awarded the Blue Sash performance award. Leanne also trained at the National Theatre Ballet School, Dance World Studios, and studied under the tuition of Jillian Fitzgerald, Lea Rowles, Louie George and many others.  Throughout her CSTD training she was awarded highest marks in Victoria resulting in her receiving scholarship awards for Grade 2 Theatrical, Elementary Classical and she won the Grade 1 Theatrical Cup, which is awarded in honor of Evelyn Albright, Leanne’s early teacher and mentor.

Leanne’s performance credits include Guys and Dolls, Grease, Cabaret, West Side Story, La Cage Aux Folles, Song and Dance, 42nd Street, Grease, to name a few; as well as having danced in a number of variety concerts, Cabarets and floor shows.  Leanne’s passion soon moved to choreography, with a particular bias for musical comedy and lyrical styles.  Leanne’s choreographic credits include Little Shop of Horrors for which she received a Lyrebird Choreography award, The Wiz, Three Penny Opera, Cabaret, West Side Story, along with many concerts and cabarets.

Leanne credits her achievements in dance to the wonderful training and technical skill of Carol and Evelyn, and very proud to be continuing their passion through her teaching at Albright Performers.

Katherine began her dance training at the age of 2 at Milleara Calisthenics club, where she performed as a soloist and team member for 18 years.  She has since furthered her studies by graduating with a Bachelor of Performing Arts at Monash University, and Bachelor of Education (Dance and Drama) at Deakin University. Katherine is currently teaching VCE Dance and Drama at Overnewton College where she has directed and choreographed numerous Musicals and Rock Eisteddfods.

As a performer, Katherine has danced her way through many cabarets, concerts and television appearances notably Channel 7's Good Friday Appeal Gala Concerts and the Opening and Closing Ceremony for the Commonwealth Games.  In 2005 Katherine was seen singing and dancing in CLOC’s production of CATS where she played her dream role of Rumpleteazer.  Earlier that year, Katherine played the role of Kristine in A Chorus Line and in 2005, Anybody's, in Whitehorse’s production of West Side Story.  Her other music theatre credits include, Me and My Girl, Fame (Iris Kelly), Song and Dance and Chicago with Catchment.  Other shows include Sunday in the Park with George, Children of Eden and the world premier of Jake Lives.  Katherine has also appeared in televisions shows such as Neighbours, Stingers, Secret Life of Us and Blue Heelers.  In years prior, Katherine was seen touring Australia with the Wiggles as Dorothy the Dinosaur.

Katherine’s has had 15 year’s experience as a Tumbler and Contortionist.  Spending 3 months training with Cirque Du Solie on the Melbourne Tour of Alagria; as well as private Tumbling classes at Circus Oz and NICA (National Institute of Circus Arts).

Darren’s theatre credits include, most recently, Associate Choreographer/ Dance Captain of Dirty Rotten Scoundrels , the Australasian production of CATS (Really Useful Company) as Skimbleshanks, the Australian tour of Miss Saigon (Cameron Mackintosh/LWAA) as Dance Captain/swing, Thoroughly Modern Millie  (The Production Company), where he assisted choreographer Dana Jolly and was Dance Captain/swing. He played the role of Bobby C in David Atkins Australasian/New Zealand stage production of Saturday Night Fever.  Other musical theatre credits include, Showboat (Livent/Marriner) as swing, Happy Days (Paul Dainty), Pan (M.E.A.G./Kevin Jacobs) where he understudied and performed the role of Peter Pan, Anything Goes (The Production Company) where he performed the role of the Purser.  Darren was the assistant Dance Captain for the Australian, and Dance Captain for the Singapore production of Oliver (Cameron Mackintosh/IMG), and he toured around South Korea in Cats playing Pouncival  (Really Useful/Seol and Co). Darren has also been fortunate to assist Choreographer Wanda Rokicki on the opening and closing ceremonies of the 2006 Melbourne Commonwealth games, The 2007 gulf cup in Abu Dhabi, and in 2010 the Nakilat shipyard inauguration and 77, a celebration of how Qatar is now exporting 77 million tons of gas to 23 countries around the world, both gigs in Qatar (WRG). He was the Dance Captain/Resident Director of John Frost’s Australian touring production of Annie, and Dance Captain for the Australian tour of Legally Blonde. 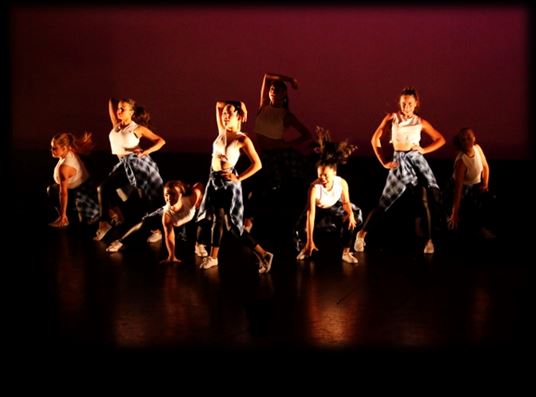 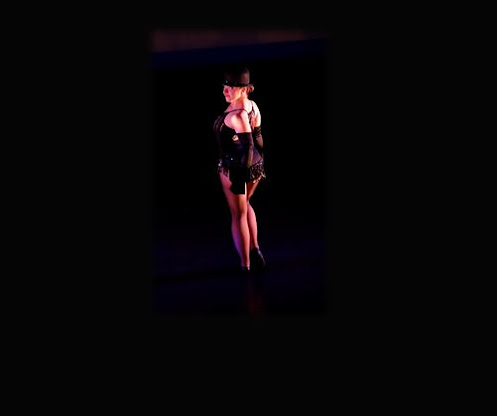 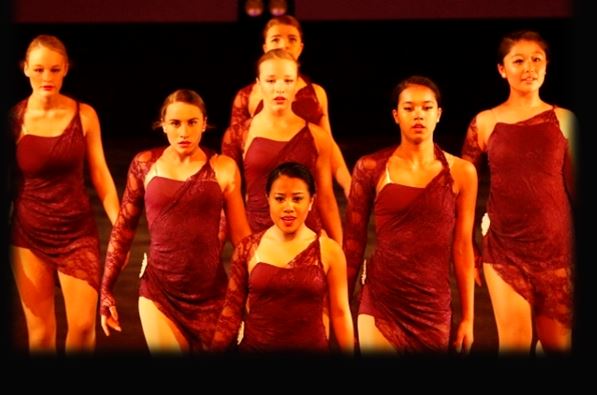 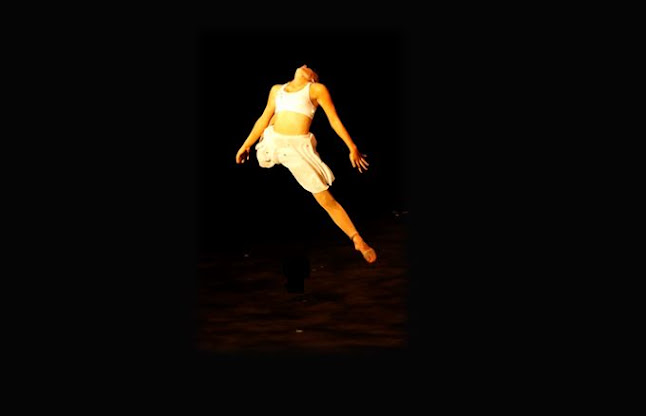 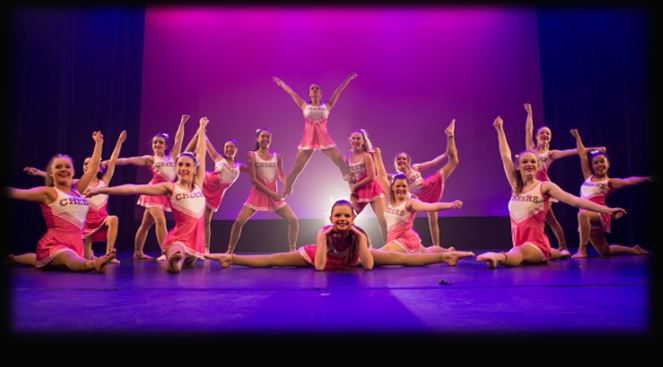 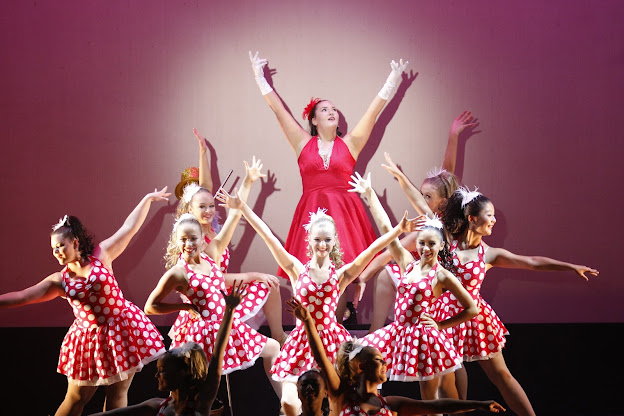 With a dedicated team of qualified and experienced teachers, committed to offering the correct training and skills, Albright Teacher’s enhance confidence and encourage personal achievement, as well as promoting the love of dance for all students. 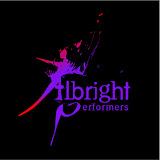 In a period spanning 40 years, Tamara has extensive experience as a freelance dance teacher, as well as having performed in, produced, choreographed and directed a wide variety of Musical Theatre.

With a Theatrial Diploma from the Commonweath Society of Teachers of Dance (CSTD), Tamara has spent many years teaching all genres of dance, from Jazz, Classical Ballet, and National dance to Tapping, and Contemporary.

Alongside her dancing career, Tamara spent many years working with many local theatre companies throughout Melbourne both on and off stage.  Her  exposure to theatre allowed her to experience and learn the technical elements and production management skills which eventually enticed her to produce her own shows and form her own theatrical and entertainment company, Quirky Productions.

Working in theatre, film and TV and with a list of credits both vast and varied, Tamara has won several awards for her work as a choreographer & director.

Tamara was honoured when offered the opportunity to continue the tradition of Albright Performers in 2012, returning to her roots of teaching dance, and completing an artistic circle that allows her to impart her many years of knowledge and experience to the next generation young performers.